Posted on June 9, 2017 by oliviaamyprice

Sitting by the window in hospital being treated with antibiotics for my first episode of Cholangitis as an adult. I’ve never been jaundiced (apart from when I was a baby) so it was a bit of a shock to witness my skin and eyes changing colour. I couldn’t even mix the right colour foundation to cover it! I didnt look as yellow as some patients so just didn’t bother trying to cover it up in the end. I guess it’s good to let your skin breathe from time to time.

I’m being looked after pretty well, so I can’t complain. I’ve been in since 28th May and didn’t think it was anything significant. I felt guilty attending a&e as if it wasn’t anything serious. I expected to at least be in for a day or two, but not for this long! I’ve had to continue on a long course of IV antibiotics three times a day. I’m having bloods taken daily to monitor my progress and assessed for possible transplantation​ for the third time. I’ll be receiving the news on whether they want to list me or not, later on today. I don’t really feel as if I’m in need for a transplant as I think I’m pretty invincible sometimes. Maybe it’s because I don’t really see it as a big deal, as I’ve been on the list before. Having this mentally can be dangerous for me sometimes as I find I tend to push myself and over do it. I forget I need to take a step back and really think about how important it is to look after myself.

I do feel as if I’ve been feeling quite exhausted and run down for a while. It seems to all make sense now. My Hepatologist said that there is a chance that the Cholangitis was always lingering, so was likely to flare up at some point. I’m hoping that once I’m over this infection, I’ll feel better than I have done for a long time. Since getting back to work again in November, I found I had been struggling to get through the day. I was worried that I’d be seen as a lazy nurse, even if I felt I had been working to my best ability.

So seems like I’ll be here until Wed/Thurs next week. Another few days and I’ll be free to roam. I know I’m in the best place right now so will just have to stick it out. 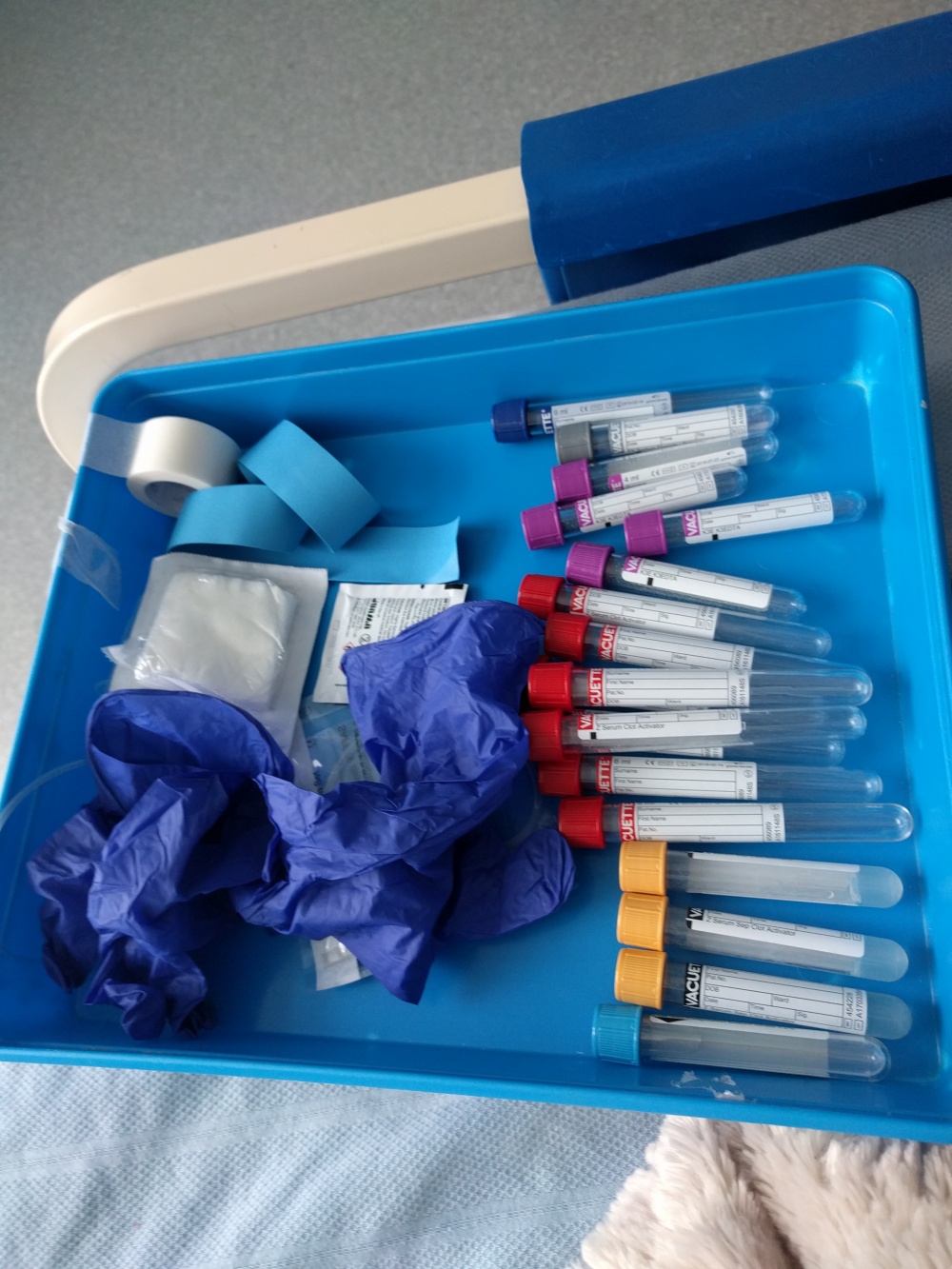